There are many gaming consoles these days in the gaming market, but Nintendo has been there since day one before the rise of other consoles. Nintendo introduced different consoles, yet it continues to introduce improved ones to satisfy our gaming experience. Plus, more games are available in this console, unlike before, where you only play limited ones. If you’re searching for a challenging but fun video game to play on your console, you should check out the Shin Megami Tensei V review.

The story of this video game is about a high school student in Tokyo, Japan. This student was interested in exploring stories about demons, wherein these appear in a tunnel, and these come with his friends in high school. As the main character enters the tunnel, there is a mysterious earthquake, leaving the player unconscious. After the incident, he woke up and found himself in Da’At. This place is a marginal apocalyptic version of the place where demons and angels battle.

The player will travel around this marginal world, and he’ll stumble on demons. He was about to die until Aogami rescued him. They have to explore a prohibited place called Nahobino, which is not for both deities and humans.

You’ll play this role-playing video game from a third-person perspective. It follows the same gameplay of the previous Shin Megami Tensei games played in different consoles where the main objective is to fuse demons throughout the game.

You’ll control the main protagonist as he explores the marginal world of Da’At while searching for his friends. Aside from that, he’ll also save the real world of Tokyo from demons who slipped from the marginal world, going to the real world. Since it involves action, there’s a combat system where you can gain abilities as you explore Nahobino. It’s how you can explore new powers. After obtaining these skills from exploring Nahobino, the player can keep it even when returning to the real world.

It also involves dialogues, letting you catch up with the setting of the story. Plus, you’ll also encounter different characters as you continue to explore the game. There are some differences from the past version of this game, but you’ll undoubtedly enjoy playing the Nintendo Switch version because of many things. 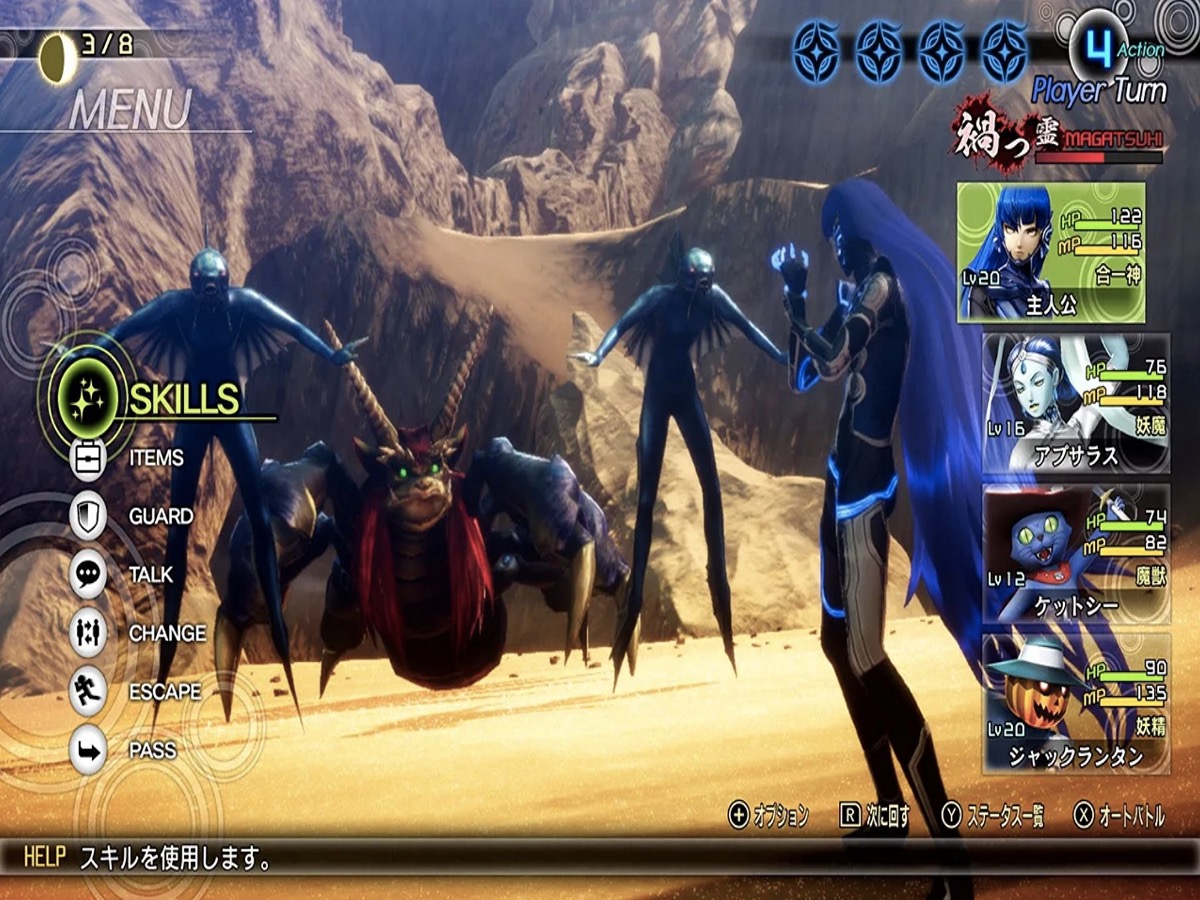 The Shin Megami Tensei V video game is anticipated for Nintendo users because you can now play it in Switch. There are different reasons why games can’t get enough of this video game, and these are the best features.

The graphics are better than previous versions of the game. The old versions are available on different consoles, but this version is finally available on Nintendo Switch devices. The team improved a lot of things on its graphics, from backgrounds to characters. It’s unlike the typical versions where the 3D style is not fully enhanced. Now, you can enjoy playing this video game with enhanced graphics, especially when you kill enemies.

There’s a bit of a story, which you’ll appreciate as you play this video game. Even though it doesn’t focus on the main character, you’ll still admire the story setting, especially when the demons start to invade Tokyo. There are small chats and dialogues throughout the game, letting you follow the story without any hassle. Plus, the conversation is readable, making it easier to follow as you play in your Switch.

Aside from the story, you can also expect a bit of a combat system because you’ll have to fight demons. It’s not very brutal at all, but it doesn’t lack action as well. You’ll have a good time with less pressure in defeating your enemies.

Lastly, the gameplay of this video game is straightforward, which you’ll admire if you’re not into complicated stuff. Some say it lacks challenge, but most gamers think it has the right difficulty level for its story. Since it already involves demons, it’s partly challenging but fun to play as well. You will not have a hard time understanding what the objectives are and how to control the character.

The Shin Megami Tensei V video game comes with exceptional features, which is why gamers gave it an above-average rating. Many admired the overall video game, even though gamers think it needs a few improvements.

The graphics are one thing you’ll admire about this video game. It’s enhanced, letting you enjoy the entire game without any inconvenience. The background of this version looks impressive, and the team designed characters and enemies exceptionally, adding more fun as you play it up until the end.

There’s also a story to follow, making it more interesting. Even though the story doesn’t focus on the main character, the overall narrative is still fun and catchy because it has something to do with demons and angels.

Lastly, the gameplay is easy to understand. As you control the main character, you’ll understand the game further without any hassle. It’s not too complicated to understand, which is why many gamers admire it. Despite the lack of challenges on some parts, the overall gaming experience is still impressive.

If you want to play a new video game on your Nintendo Switch, you should try this video game by Atlus. It’s very interesting but a bit challenging as well, making you enjoy it further. Plus, it’s an improved version of the other versions of this game.