Platforming games are becoming trendier these days, especially for gamers who prefer to play using their computers. Action-adventure games are also the most recommended games to play, regardless of whether you’re a kid or an adult. However, there are many options you’ll encounter in the market, which might give you a hard time deciding which one to select. If you can’t choose which platforming one to play, here’s the Solar Ash review to consider.

The story of this video game revolves around Rei, the protagonist who’s a voidrunner. Rei needs to run within a black hole through a neon-colored landscape. This landscape is bright and three-dimensional. Rei has to avoid obstacles, along with attacking enemies using the sword. The main goal of this protagonist is to save the planet.

It has a very straightforward story, which many gamers admire. It doesn’t have a complicated plot, but it’s also not boring at all. It’s not very linked to the previous game introduced by the developer entitled “Hyper Light Drifter.” The developer wanted to make a new set with key and tech innovations, which inspired the game. Aside from that, the developer also focused on the characters, atmosphere, story, and gameplay.

You’ll play this platforming game in a single-player mode. It’s a mixture of action and adventure, which many gamers enjoy because it’s loaded with action, but it doesn’t only focus on combat. It focuses less on the combat system and more on movements. Since Rei is a voidrunner, the game’s vision is to control the traversal and the obstacles and environments where the protagonist is moving.

The developer introduced fun game features that will let you feel as if you’re small while playing this video game or the black hole is big. The traversal feature matches with a little bit of its combat, which intermingled well with it.

If you prefer playing games that are not very long, you’ll love how this video game has a healthy pace. It’s not too dragging to play, but moving from one area to another will give you a feeling as if you’re already playing it for quite a while. You’ll explore many things once you move from one area to another. Despite having a straightforward story, there are different features like hidden messages that will improve the talents of Rei.

Aside from avoiding obstacles, you’ll have to fight enemies as well. It has a little bit of combat, making it more fun, but the entire game focuses on that part. Aside from that, there are some areas where you might feel a little challenged, especially when you play boss levels. 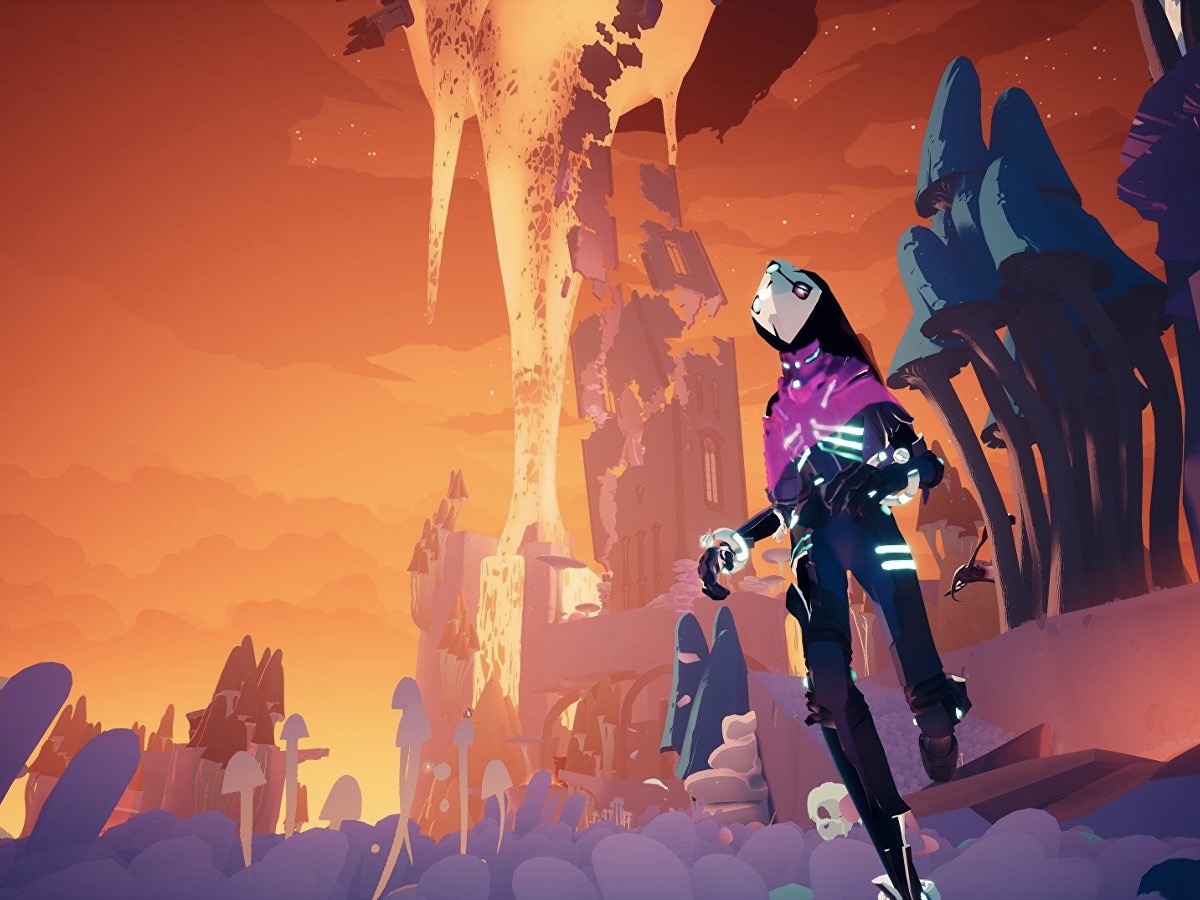 Solar Ash is one of the popular platforming video games these days, and here are some of the competitive features that you’ll undoubtedly love.

The graphics of this video game never disappoints because it’s very appealing and unique. It has a combination of futuristic and three-dimensional vibe, giving you a feeling as if you’re in space. The backgrounds’ designs are exceptional, making it more fun to play. Plus, the designs of the characters are also impressive. There are no dull moments when you start playing these.

Aside from the graphics, the story of this video game is also another feature you’ll love. It may be unlike other video games with long narratives, but it doesn’t mean it’s no fun to play at all. The video game has one protagonist, but what makes the entire video game more interesting are the areas that Rei is about to explore.

There’s a little combat involved in this video game, which adds fun to its overall gaming experience. Aside from running, you’ll have to attack enemies, which is why you’ll need the sword to attack the enemies. It’s an additional challenge aside from dodging obstacles throughout the run.

Aside from that, there are other features you’ll enjoy, like being able to fight with bosses during the game. There are remnants and giants, making it more fun to play, whether you’re using your computer or PlayStation 4. You’ll take on giant snake titans, which will give you a feeling as if you’re playing as the character inside the game. You may think it’s easy, but wait until you get the chance to control Rei and fight enemies.

Lastly, other features will let you enhance the character. It’s not only about running in a black hole. As you take on enemies, you’ll be able to enhance Rei’s talents, which is necessary if you want to beat bosses.

Solar Ash is a popular action-adventure video game that dominates the market. Many gamers gave it an above-average rating because of its many features.

You’ll undoubtedly love the game’s graphics, which is one of the reasons why many gamers enjoy playing it. It’s not boring because the graphics team used appealing colors to match its story and gameplay. The design of Rei is also another thing you’ll love more because it’s unique and it’s also catchy.

The gameplay is also what many gamers admire about this video game. It’s not too complicated to understand, but there are many game features that you’ll undoubtedly enjoy once you start playing. It’s not only about dodging obstacles or running in a black hole. You’ll encounter enemies, which you need to slay, along with bosses. Plus, you’ll also need to improve Rei’s talents if you want to push through the next level.

There’s combat if you’re expecting some in this video game, but the developer chose not to focus on combat. Rei will have to fight enemies using a sword, but aside from that, you’ll need to control the character while dodging obstacles. If you think this platforming game is too easy, there are big enemies you’ll encounter.

If you’re searching for a new platforming game to play on your PlayStation 4 or computer, you should consider playing this video game. It’s not only about looks and story, but it also has many gaming features that you’ll love, especially if you’re a fan of futuristic and action-adventure games.

Lizzo Mentions Her Celebrity Crush Drake in Her Miami Performance