San Antonio, Texas is the home of one of the most known metal bands, Memory of a Melody. Bringing eccentric and assorted sounds MOAM is back and ready to really show you how Memory of Melody feels through their music.

SHYANNA: How does it feel coming back with all this new heavy energy for your fans?

MOAM: It really feels like we never left or went anywhere. We needed deep breaths, so we took it.  It’s exciting to release music again and share new material with the world, and inspiring to be received so warmly by our fans and friends like Fever Magazine!

SHYANNA: What was the reason for prolonging new music releases?

MOAM: No real reason. We were at a crossroads with the future of the band. Massive amounts of Touring became a real necessity for the band to go to the next level. We were offered to work with a label, and it required us to give away the majority of the band. It didn’t make sense. While that was at the forefront of our future, all of us were also going through defining life moments. Becoming Husbands, Fathers, Stepfathers, and having to face and embrace life and its necessities. We chose to embrace those moments and take a deep breath from the pursuit of Rock stardom. We knew our return would come at the perfect time.

SHYANNA: Are the 5 band members all originally from Texas?

MOAM: Wade is from Louisiana, but the rest are from Texas. Different parts of Texas but Texas.

SHYANNA: I saw you were voted band of the year back in 2014, do you see you guys being recognized for any other accomplishments coming back now?

MOAM: We’d take a band of the year again…. or song of the year….haha. The reality is that we enjoy writing music together and are truly great friends. The music we make together comes easy when we’re at our closest. That’s what matters most. Keeping our bond as a band strong. If that stays strong then the rest falls into place.

SHYANNA: What is your music process like, as in writing songs, recording videos?

MOAM: Writing songs usually come from a riff or vocal melody that is introduced to another band member then built upon that. From there we take the idea to the studio and evolve it with our Producer from there. With our record “Things That Make You Scream” Bryan Scott, our Producer was a huge part of the writing process. We couldn’t have done it without him. Todd “Taz” Osterhouse was a huge piece of our journey with this new EP “Burn Alive”. He gave us a lot of input which ultimately helped the band come together to track what you hear as new EP now.

As for videos, we usually have a concept inspired by sitting with a videographer. For this album, we hired DJ Fellows with Thought cast Studios to bring together our Lyric and Music Video for “Mary Go Round” and will also be releasing a video for “Burn Alive”.

SHYANNA: Who’s the mastermind or does everyone chime in with ideas?

MOAM: Every song spawns differently. Sometimes two of us get together and write, sometimes 3 of us do. sometimes one of us brings an idea to another member and then we bring that idea after being collaborated with another member. i think that’s what keeps the writing process fresh. It’s never the same.

SHYANNA: What is a favorite memory you all have together? 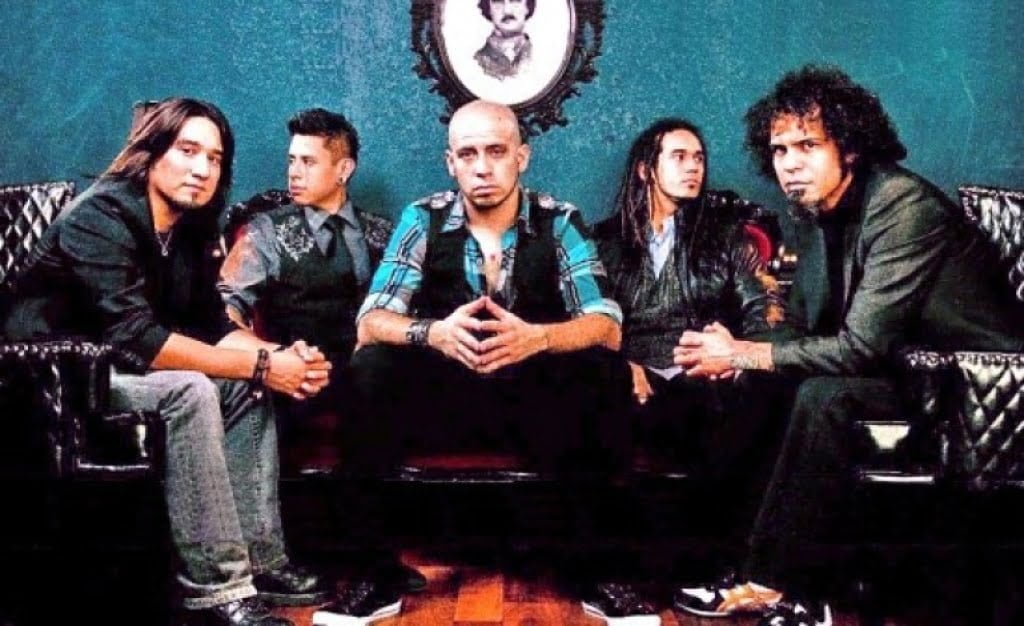 MOAM: I’d have to say the strengthening of our relationship while traveling together. Nobody can understand the nonsense you go through traveling together as a band until you do. Sleepless nights. Late Nights. Party Nights. Peeing in bottles so you don’t have to pull over and stop while heading to a show so you’re not late to the show. Running out of gas and hitchhiking, then getting picked up by people on a drug run who drop you off at the gas station. Making friends with amazing people and other bands on the road. Too much to list.

SHYANNA: Share with Fever, something that hasn’t been known before about MOAM.

MOAM: The band was formed by responding to Craigslist ads. \m/oa\m/ is a craigslist band.

MOAM: Huge thanks to everyone who cares enough to read this. We worked really hard to pull away from life to bring you new music. The fact that you take interest means the world to us and is the motivation that fueled us to release new music for you. Much love \m/oa\m/