LOS ANGELES, Calif. – Kylie Jenner made multiple headlines lately, and another noteworthy news came after she flaunted her killer curves.

Many fans already know right now that the makeup mogul is expecting her second child with her on-and-off rapper boyfriend, Travis Scott. Everyone was happy with the news, especially since the former KUWTK star is always so private about her personal life, especially during her first pregnancy.

Meanwhile, she took the spotlight yet again as she grazed the cover for ELLE Russia’s latest issue, flaunting her jaw-dropping curves. The media personality showed off her modeling skills, posing in revealing outfits, draped in noteworthy jewelry pieces. 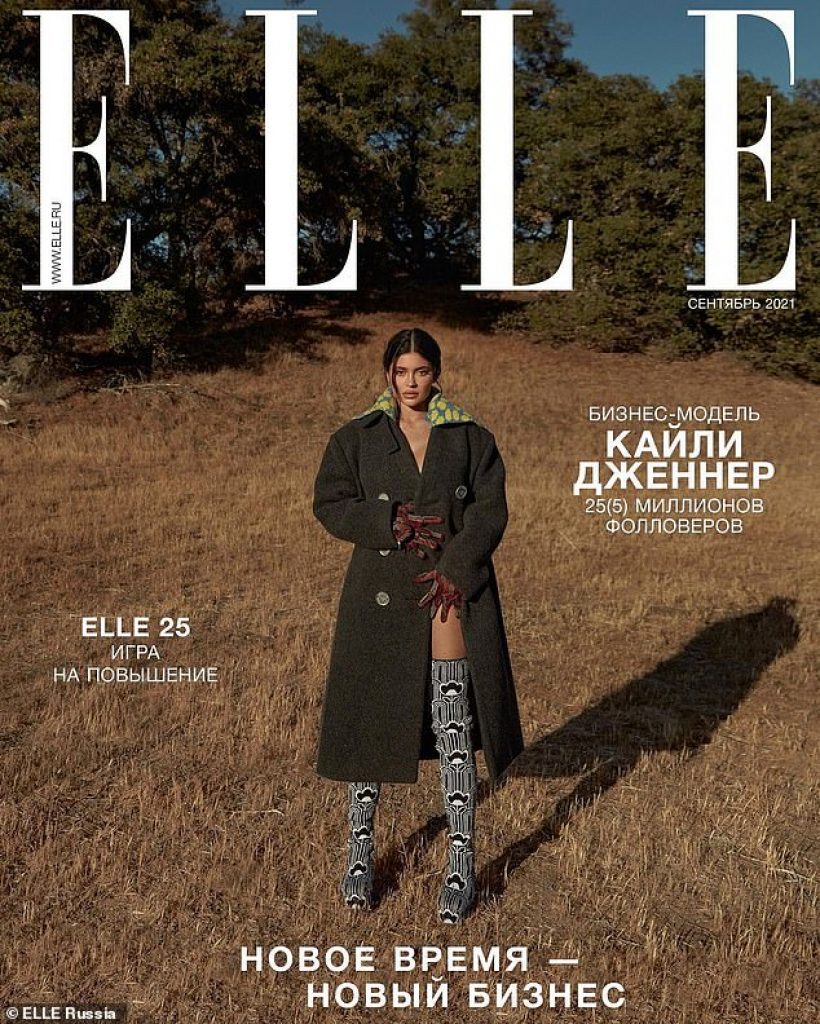 Kylie appeared on the magazine’s cover wearing a luscious olive-green coat paired with a pair of black and white thigh-high boots. She finished the stylish look with brown gloves as she posed outdoors with her signature pouty lips. The Kylie Cosmetics CEO made sure to keep her coat closed not to show her baby bump since the photos were from before her pregnancy announcement.

Another photo for the magazine showed the stunning model stripped down to her underwear, wearing a skimpy corset and without her pants on. The makeup mogul highlighted her ample cleavage and displayed her long, toned legs in black latex boots. Kylie styled her dark mane in a sleek updo, parted sideways as she gazes stunningly at the camera.

Kylie Jenner also wore a skimpy bra top with matching black baggy pants for the magazine spread. Although the revealing outfit exposed her toned abs in the photo, her baby bump is still unnoticeable.

The steamy fashion spread came out amid Kylie’s happy confirmation that she and Travis are incredibly over the moon about their growing family. A source claimed that the pair have always wanted to give their daughter, Stormi, a sibling. The same source said that growing their family has always been part of their plan, despite reports that they were broken up.