The Uniqueness of Official Hot Mess The Uniqueness of Official Hot Mess

Official Hot Mess is quickly becoming a major force in the music industry and one you should be looking out for!

After holding down the #1 spot on MTV Hive Top 100 music videos, this band is poised to continue exploding upon the music scene with a new single entitled, Sexy Face. Two sisters, Kristy and Lindsey Landers, are the frontrunners in this innovative band. Other band members include Adam (Guitar), Joe (Drums), Jake (Guitar) and Billy (Bass). Hailing from Florida, this band is involved in many other projects besides making music. In this exclusive interview, Fever Magazine’s Cornelus Postell got the opportunity to talk with them about their ever-rising success…

You both attended a school for academically gifted children. What was it like balancing schoolwork and promoting the band at the same time?

Honestly, high school was kind of a difficult time for us. We had just signed our first record deal in Asia when we were still in high school. Going to school for academically gifted students, we were kind of thought about as rebels and outcasts who were pursuing music. While all the other kids were focused on SAT scores and Ivy League schools, we were off touring in Japan and really struggling to keep our grades up. Even though high school is not far behind us, bygones are bygones and we’ve learned a lot and grew from those experiences…the bad and the good ones. Plus, it’s been really inspirational for our songwriting.

What has been your most exciting accomplishment in the past year?

So much awesome stuff has happened in 2011… but I think the most exciting thing for us was when our music video for “Money Makes The Girl$ Go Round” hit #1 on MTV’s Top 100.

You are active in supporting worthy causes including PETA and cleaner oceans. Tell us why you chose to support their causes?

Well, Lindsey and I have both been vegetarians for our whole lives. As far as societal issues go, we are putting influence by people who’ve used their success to help benefit others…like Russell Simmons who we recently started working with. Our main goal about us is to reach a level of success so we can help others and be major contributors and supporters of philosophic organizations that are close to our heart…such as PETA…and of course Cleaner Oceans and the Humane Society.

Are there any other causes you’re planning on supporting in the future?

Definitely! We are hope that our big success grows. We can help spread the word about other organizations…about things that really mean things. We are very big animal rights activists so that’s definitely one our main focuses.

Can you explain your style of music and how you two find a way to make it blend together?

Well…basically most of Official Hot Mess songs are pop with a really strong underlying rap feel. I feel that comes from being influenced by a lot of women who are pioneers in the music industry like Blondie, Heart, The Bengals, Pat Benitar, Cyndi Lauper and The Go-Go’s. At the same time, instead of specifically emulating any other artist, our goal is create our own path for other artists in years to come will follow. I think that something that is really unique about our sound is that we like to incorporate elements in all the other different genres…rap, alternative, hip hop, R&B…and bring aspects of each of those genres onto our own personal style.

Tell us about your new projects and your thought process behind the new music.

2012 is going to be an exciting year for Official Hot Mess! To kick it off, we have our brand new music video for our song called “Sexy Face” that is premiering on MTV!  The video for “Sexy Face” features cameos by Eric Roberts, Vienna Girardi (star of ABC’s “The Bachelor”, “Bachelor Pad”, and VH1’s “Relationship Rehab”), Todd Bridges, Eden Wood (star of TLC’s “Toddlers and Tiaras”), Phoebe Price, and Teck Holmes. Subsequently, we’ll be releasing our debut album, entitled “When The Girls Rule The World”. We’ll be performing at Diddy’s Grammy party, and then head back to the east coast to perform with Pitbull… All the while, still working on our docu-reality show.

Can you tell us more about the album you have coming out?

Yes…Our EP is going to be coming out soon and we are really excited! It’s definitely going to have a lot of songs that are very true to the OHM feel so far…but at the same time there is going to be a lot of new, exciting, different sounds to bring something new and exciting to the table for all of our fans. So we are really looking forward to that!

You have branched out in other interests besides music and have a reality series planned. Tell us how this development did took place and what will the show will be about?

Basically Official Hot Mess has a lot of really exciting stuff coming up this year. We will be shooting our documentary-reality series and we will also be featured in a film. We are really looking forward to shooting the reality show to give all of our fans a real honest look at what Official Hot Mess is all about. They can see all the craziness that happens between us. It’s going to be fun! It’s going to give everyone a nice teaching of our lives. I know a lot of the times lately reality shows have kind of gotten a bad stigma but I think it’s going to be refreshing on our show. The show is really organic.

When we found out that the music video hit #1, we ended up jumping up and down like we were little girls on our bed (giggles). Then we went and got together with the guys and did it over again. It was nice to be able to see all your hard works pay off and to realize that there are a lot of people out there who are connecting to our music and really enjoying it. Definitely a main goal of ours is to be able to create music that our fans enjoy and relate to and connect with. It was a really rewarding feeling to finally see that pay off.

Now that you have gotten more exposure, how have things changed now that more and more fans are listening to your music?

We love hearing from our fans and knowing that more and more people are listening to and finding a connection with our music.

What people (producers/writers/singers) in music business would you like to work with this year?

That’s a toughie! There are so many amazing artists out there…. But if we had to pick a few, it’d probably be Mike Posner. We recently shared the stage with him and would love to be able to collaborate with him. Also, we’d love to work with Will.I.Am, Lil Wayne and Ryan Tedder.

Where can we hear more of your music and contact you?

Well…you can follow us on Twitter at Twitter.com/OfficialHotMess. You can write us on Facebook at Facebook.com/OfficialHotMess. You can also get some exclusive behind-the-scenes coverage from our performance at the Playboy Mansion. If you follow us or like us on Twitter or Facebook you can get exclusive chances to win some OHM swag and lots of other cool stuff from us. We love hearing from you guys! 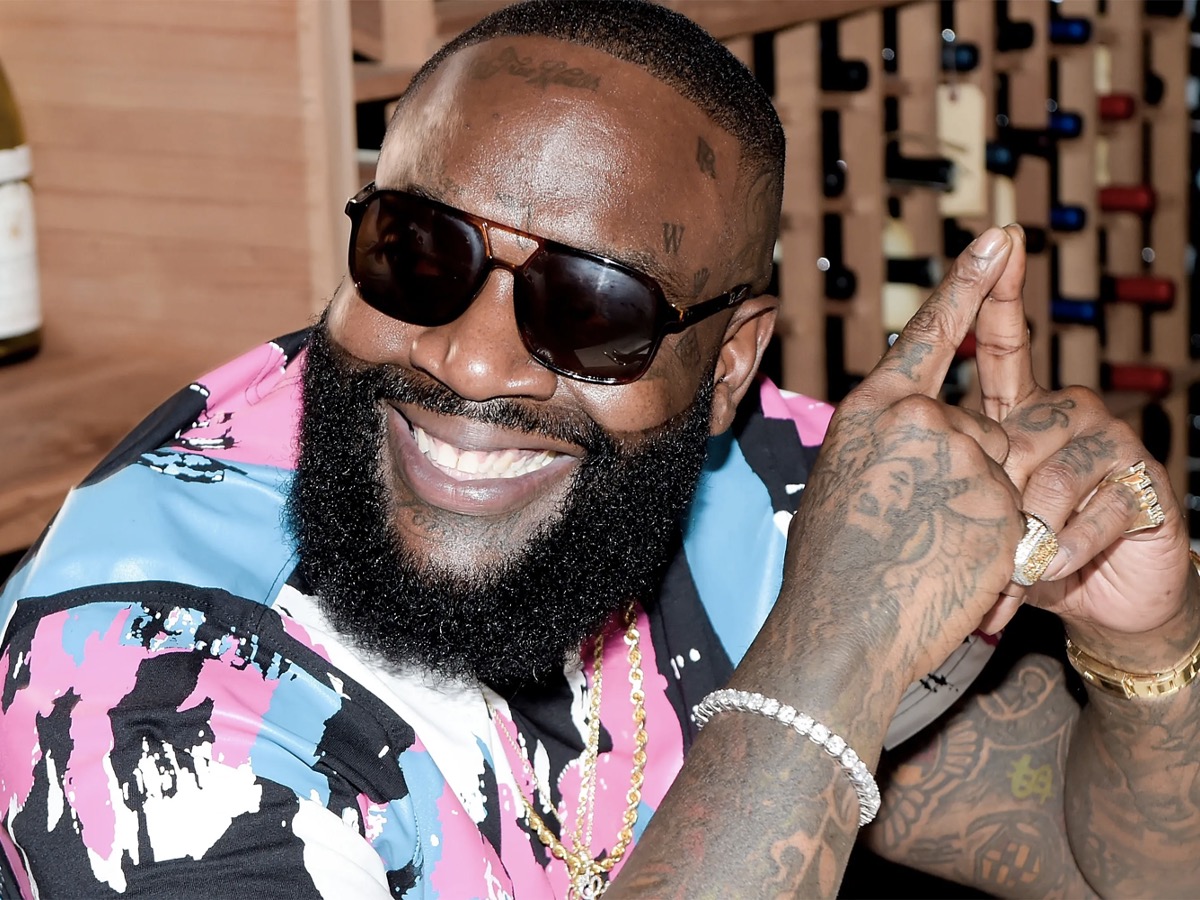 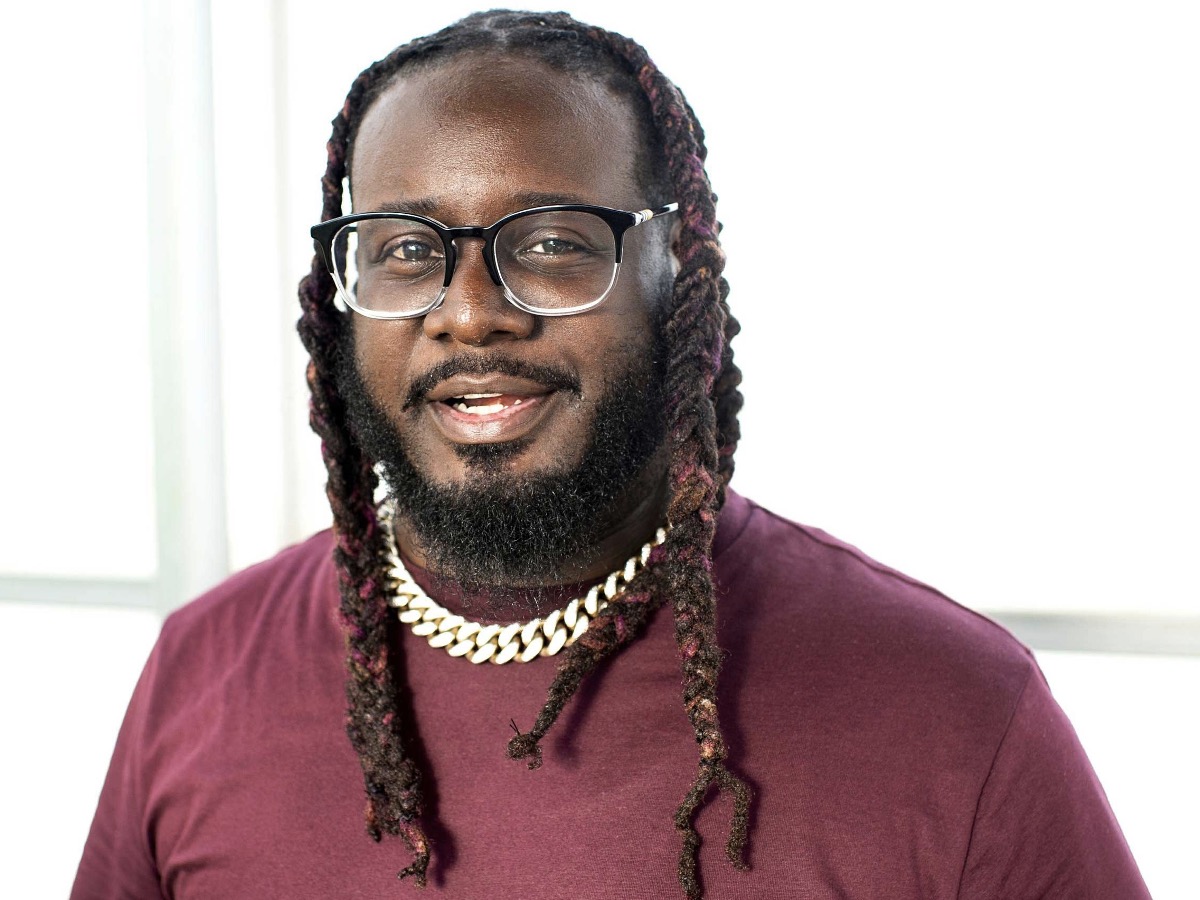 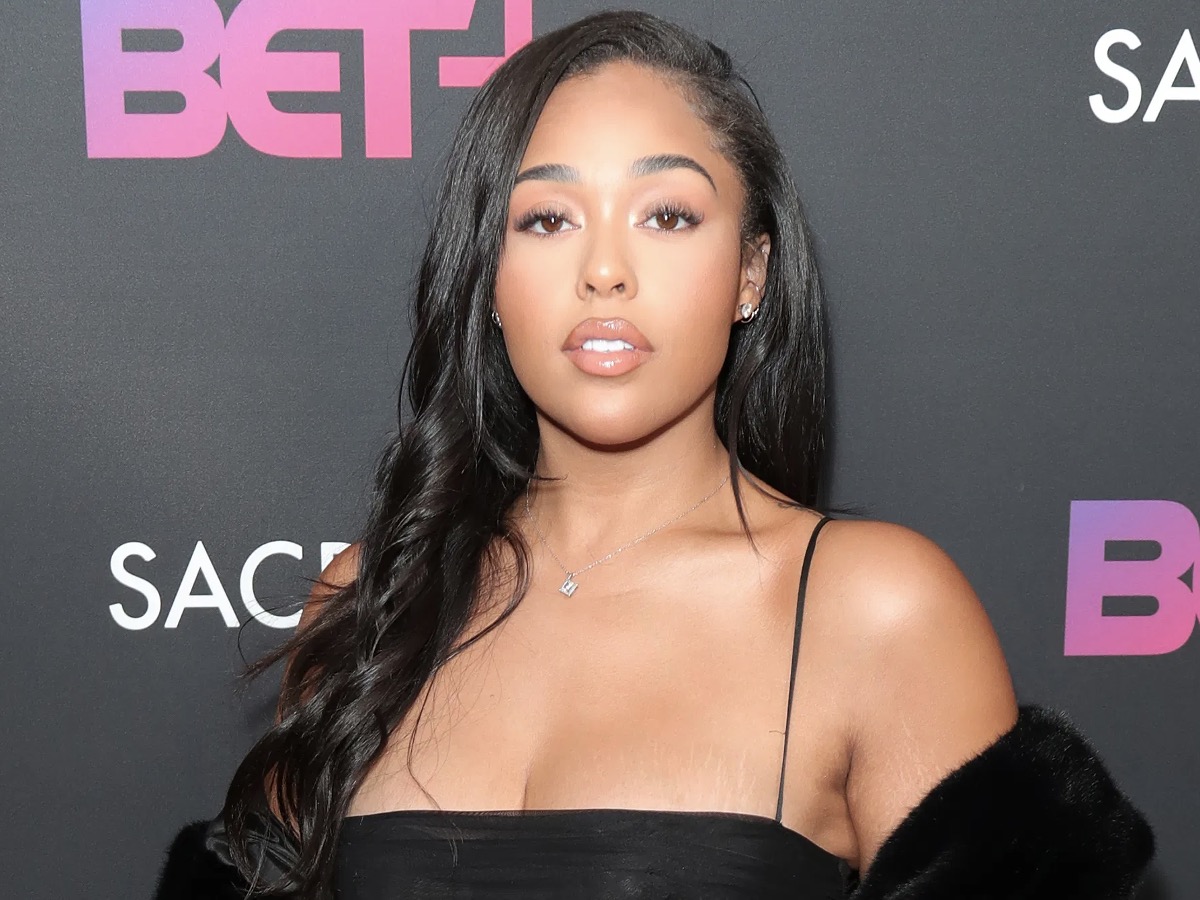 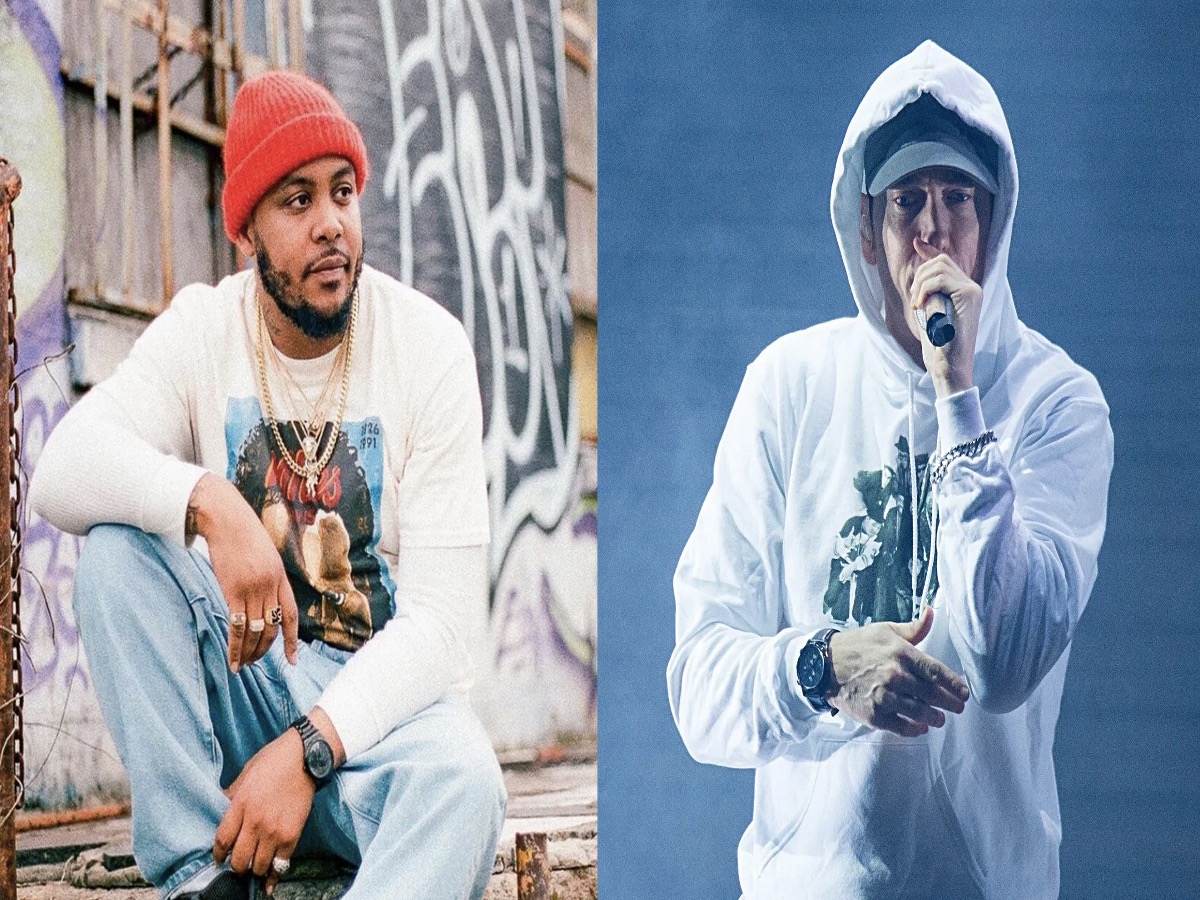 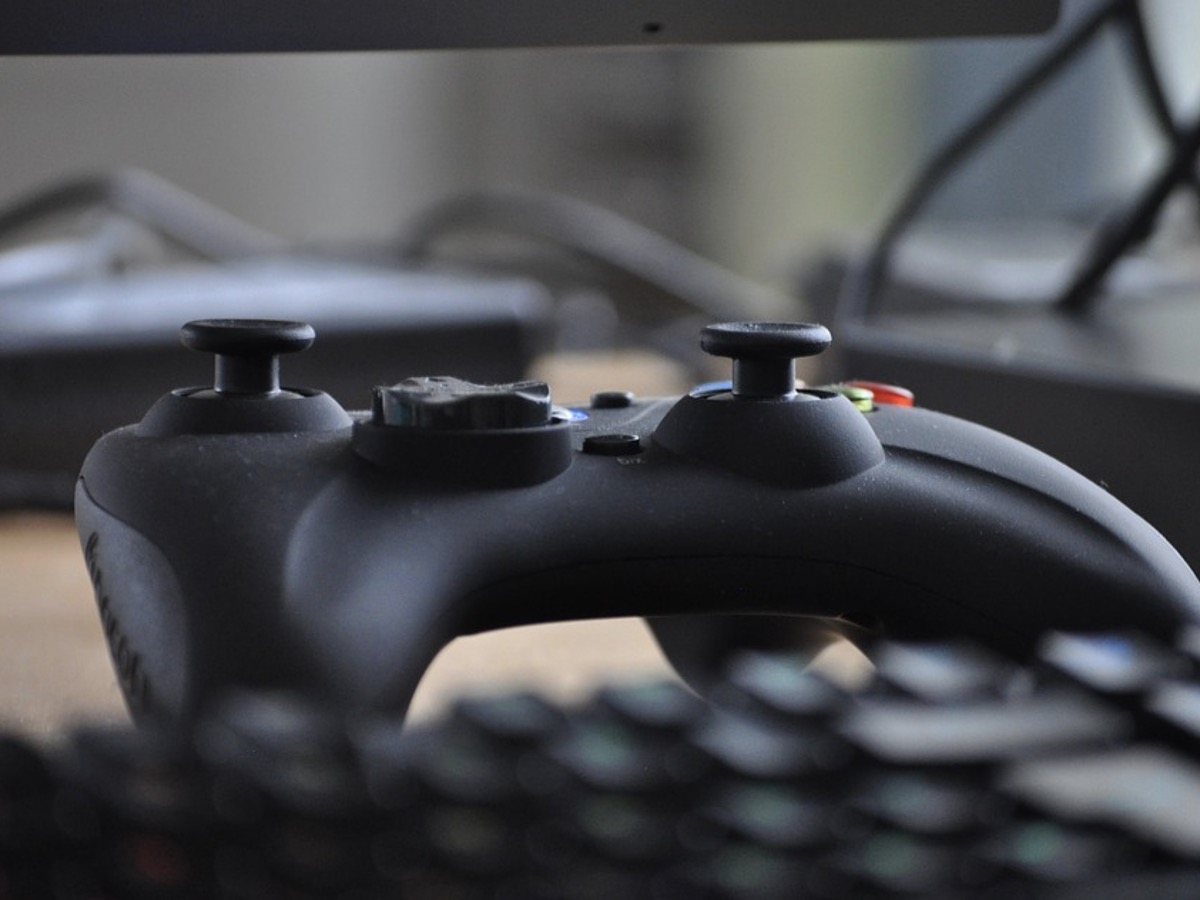 Tales of Arise Review: Exceptionally Designed With a Good Story