During his new interview with GQ, Travis spoke on a number of things occurring in his career.

Travis Scott and Kid Cudi united as The Scotts earlier this year for a self-titled single, and the endeavor was a success: “The Scotts” reached No. 1 on the Billboard Hot 100 chart (the first chart-topper for Cudi). It turns out the two created more than one song together, as Scott says in a new GQ profile that he and Cudi have a collaborative album on the way.

The feature writes that Scott is “hesitant to offer details” about possible upcoming work with Cudi, but he did confirm that the two are working on a joint album. It seems they’ve made strong progress, too: When asked “what he and Cudi have in store for the project,” Scott said, “Man, a lot. Some fireness!”

The piece also includes Scott playing one of the new songs: “He hits play on one of the tracks. It doesn’t have a title yet, but it’s the craziest thing he’s played for me so far. ‘I know where I’m going / I know when it’s time,’ Cudi hauntingly croons over a smooth beat. Scott is doing a two-step in front of the soundboard before the beat morphs from a bouncy summer groove to a menacing riot that sends him thrashing about.”

Elsewhere, the story discusses a piece of music he wrote for Christopher Nolan’s upcoming film Tenet, and the director described Scott’s contributions to the movie as essential, saying, “His voice became the final piece of a yearlong puzzle. His insights into the musical and narrative mechanism [composer] Ludwig Göransson and I were building were immediate, insightful, and profound.”

He continues to speak about 2-year-old daughter Stormi as well. 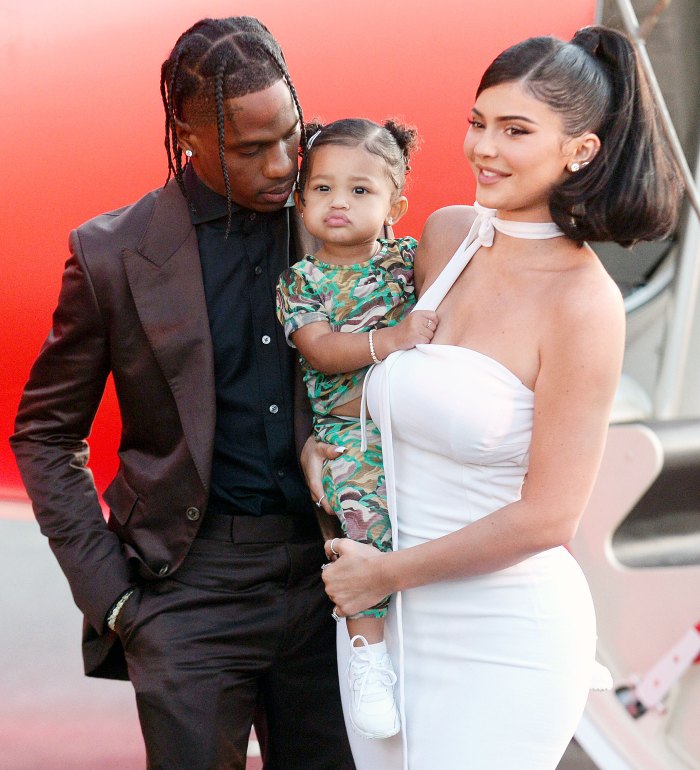 “I’m keeping her aware of what’s going on in the world,”.

“As a parent, I’m always instilling knowledge, even at this age.”

The Grammy nominee is having an “amazing” time watching the toddler grow while quarantining. Among the coronavirus pandemic, telling the outlet that they don’t have a set routine. “I just get it going,” the Texas native said. “I just go.”