See Alicia Keys In A New Way With New Album

Friday, September 18th Alicia Keys released her long-awaited album titled ALCIA. Which had originally been slated for a March 20 release but was pushed back due to the COVID-19 pandemic.“It’s definitely been a 2020 nobody could have imagined,” Keys tells Yahoo Entertainment, “and the music itself has been ready for quite some time, and now that it’s here, I couldn’t be more excited.”

Key’s last album was four years ago which was in 2016 with the album, Here. Which debuted at No. 2 on the U.S. Billboard 200 and was her seventh No. 1 album on the U.S. Top Hip Hop/R&B Albums chart. ALICIA has already been described as kind, uplifting, and also showing a deeper side of herself that no one knew taking it further with her powerful messages with her lyrics. ALICIA kicks off for real with its standout second track, “Time Machine”. While saving a Black Lives Matter-themed anthem for the end, with “Perfect Way to Die”.

There are a lot of features: “3 Hour Drive” features British vocalist Sampha. “Me x 7” finds Philly rapper Tierra Whack doing her best Eartha Kitt impersonation. “Show Me Love” co-stars a smokey Miguel and “So Done” finds Keys and Khalid playful swapping verses. Jill Scott guests on the aptly-titled “Jill Scott,” while Snoh Aalegra lends her soulful stylings to “You Save Me.” Other contributors include Swizz Beatz, The-Dream, and Ed Sheeran, who penned “Underdog.”

Keys will hit the road on her “ALICIA World Tour,” which kicks off in June 2021 in Dublin before hitting North America in late July.

Listen to her album here. 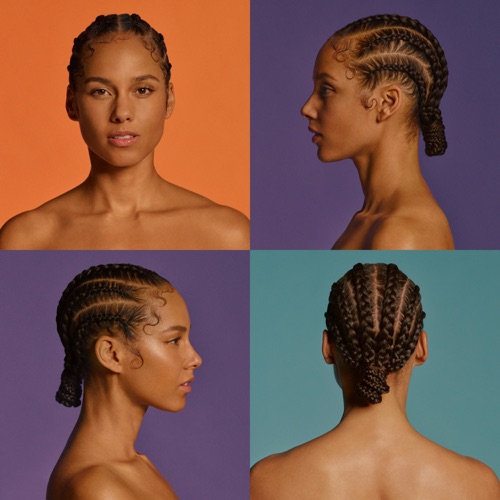 Can't Exercise at the Gym? Use These Exercises To Get Sweaty at Home