Home » Video Games » The Gunk Review: Save the World from a Parasite
Video Games

Xbox gamers struggle to find the best action-adventure game in the market. You’ll encounter many options, but not all video games are satisfying to play. Action-adventure games are one of the best games that most Xbox gamers prefer, and if you’re searching for the best single-player-video game, here’s The Gunk review to consider. Play this one, and you’ll find out why many gamers recommend it. 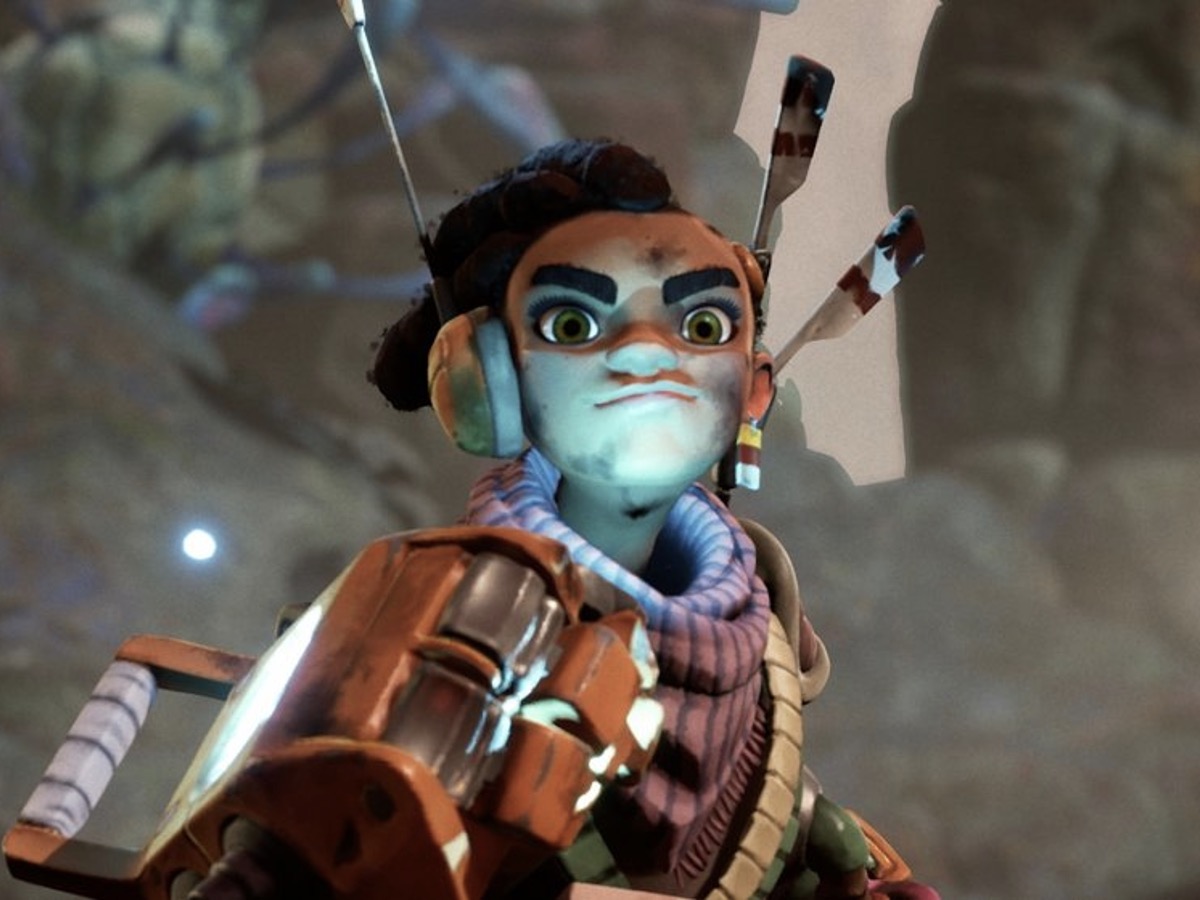 The story revolves around the alien planet which Beck and Rani visited. These two were scavengers, and they got into the planet to obtain some resources and alien plants. However, upon arriving, they witnessed how corrupted the planet was. The black slime-like substance called the Gunk was responsible for the corruption. Rani plans to rescue the planet from this slime-like substance, but the challenge is when mistrust begins to grow between Rani and Beck.

You’ll play this action-adventure game in a third-person perspective, and you’ll control Rani. He’s a scavenger like Back, the other character in the game who got into conflict with him. There are different things on this alien planet, including biomes. You’ll stumble on biomes like caves, canyons, and jungles. Aside from that, there are terrains, but these have the Gunk, the slime-like parasite in black color.

This parasite is active, and it continuously harms the planet’s wildlife and environment. Rani has a power glove that will let you suck the parasite, which effectively saves the environment. The only way for the wildlife to thrive is to remove the Gunk.

As you control Rani, you can use the scanner to scan the area, and you’ll be able to learn more about the alien planet. Another thing you’ll encounter is the documented logbook that gamers can read. You’ll find it very handy once you start playing.

You’ll play it in a single-player mode, which works well for gamers who prefer to play alone. However, there’s no option for multiplayer mode if you want to play it with your friends. You can play this adventure game on Xbox One or Series X/S, or you can also play it on your computer.

Gamers enjoy playing the Gunk on their Xbox consoles or computer because of its competitive features, like the following.

The graphics are the most appreciated features of this video game because it’s very appealing to the eyes. It has a 3D-like feature when it comes to the background, but its futuristic vibe gives it more appeal, especially when the setting is on an alien planet. Aside from that, the designs of the character and enemies are also impressive, making it more interesting to play.

When it comes to the story, it’s also very interesting. It’s a story about friendship, which is also the story’s conflict. The tension between Rani and Beck makes the story unique because it doesn’t only focus on fighting the parasite. Aside from the parasite they need to remove, the fight between these two friends makes the game more challenging.

The gameplay is also not very complicated at all. It can be challenging because of the conflict between the two friends in the story, but it doesn’t make the game less interesting. Plus, it’s an action-adventure video game, making it more fun to play because it comes with a story and combat in one frame.

If you’re expecting some action from this video game, you’ll enjoy the combat system because the main character needs to fight the parasite. There are some weapons that Rani can use to remove the parasite on the planet. Plus, there’s a logbook that you can refer to when you start playing this video game.

The Gunk is a suggested action-adventure video game you can play on your Xbox or computer because of the many gaming features that gamers love. It received an above-average rating from many gamers, which is why it’s worth your experience.

The graphics will not bore you at all with its 3D-like and futuristic vibe. It makes the entire game more interesting to play, regardless of whether you’re using your Xbox or computer. Aside from that, the backgrounds per level are impressive as well. It will give you a mixed feeling, where you can feel excitement and suspense while navigating Rani.

When it comes to the combat of this video game, it will not be a disappointment at all because you’ll need a weapon to face the Gunk. Rani needs to use a special weapon to get rid of the parasite as you explore the game.

The gameplay is workable to many gamers, even to average ones. It’s straightforward, making it easier to understand. Some levels can be challenging, but it doesn’t make the entire video game undesirable. Also, the plot where Rani and Beck’s fight adds a challenge to the main goal: to get rid of the parasite on the planet.

Lastly, the combat system of this video game is not very disappointing at all. Even though the main objective of this video game is to remove the parasite lurking on the alien planet, Rani will still have to fight some enemies along the way. There are weapons that Rani can use, which are unlike typical weapons you’ll encounter in typical adventure games.

If you’re looking for an exceptional video game to play on your computer, you can never go wrong with The Gunk. It’s unique in gameplay, but it’s not very complicated to understand. Aside from that, it comes with an interesting story that you’ll undoubtedly love. If you’re using an Xbox or computer, you should check this video game out.